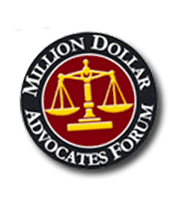 The attorneys at Williams & Thorson have dedicated their careers to seeking justice for Texas families. We have decades of experience fighting the big insurance companies on behalf of people just like you.

Stace Williams was born and raised in West Texas and earned his undergraduate degree from Texas Tech University in 1987, receiving a B.B.A. in Finance (cum laude) after less than 2 1/2 years of study. He was named a Collegiate Academic All American in 1987 and was a member of Beta Gamma Sigma – Business Honorary. He received his Doctorate of Jurisprudence in 1992 from Texas Tech, where he was Student Bar President, Class President, a member of the National Mock Trial and National Moot Court teams, and a member of the Order of Barristers and Who’s Who Among American Law Students. He practices exclusively in plaintiff’s personal injury law, with a heavy emphasis in auto/trucking accidents, products liability and medical/nursing malpractice. He is a member of the American Trial Lawyers Association, the Texas Trial Lawyers Association, and the Million Dollar Advocates Forum. He is admitted to practice before the United States District Court, Northern District of Texas and the United States Court of Appeals, Fifth Circuit. Stace is Board Certified in Personal Injury Trial Law by the Texas Board of Legal Specialization.

Paul Thorson was born and raised in the Dallas/Fort Worth Metroplex and earned his bachelor of arts degree in Sociology from University of North Texas in Denton. He received his Doctorate of Jurisprudence from Texas Tech School of Law in 1996. Since 1996, he has focused his attention on handling personal injury cases in the Dallas/Fort Worth area. Fluent in Spanish, Paul enjoys handling cases in which a second language can be utilized. Paul has targeted personal injury law as a career choice in order to help Texas families in their times of need. Paul has settled hundreds of personal injury cases including wrongful death, car accidents, trucking accidents, burn injuries, drunk drivers, slip and fall, premises liability and motorcycle accidents. 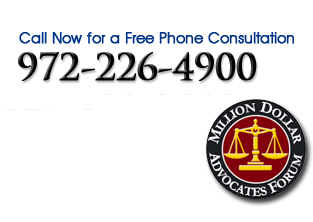